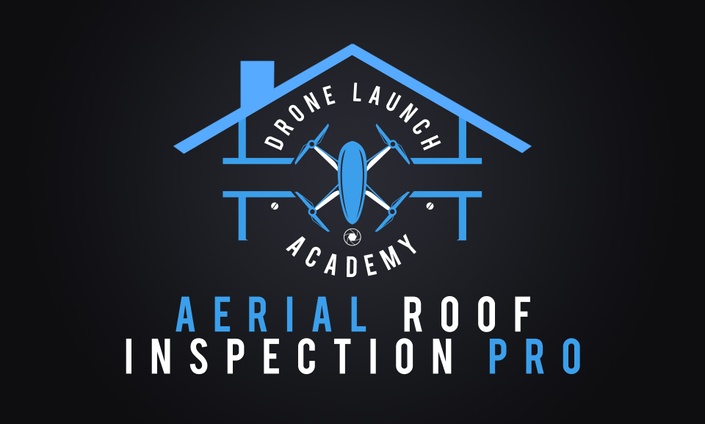 Using Drones to Increase Safety and Efficiency of Roof Inspections, Surveys, and Measurements

What is Aerial Roof Inspection Pro?

The roofing inspection industry offers a great opportunity to make a profit while helping others ensure that their structure is up to code. However, inspecting roofs can be dangerous at times, and there is a lot you need to know before you jump up on a roof and begin to assess its quality.

There’s good news, though: new technology is making it cheaper, easier, and safer than ever for you to conduct roof inspections. The use of drones allows you to survey a roof without having to go up on the roof at all, in some cases.

Why aren’t you making money with your drone?

You’ve done everything you needed to do. You’ve learned all about drones and the FAA’s regulations, you’ve taken the Part 107 Exam and you have your remote pilot certificate. You were so excited to get out there and start making money with your new drone business!

That’s not exactly how it all unfolded. You got a few clients here and there, but you can’t seem to get a steady stream of revenue. Even after scouring drone job networks (i.e. DroneBase, Droners.io), you still can’t find people who really want your drone services. So where are all the clients? Where is this “booming industry” that got you excited to join the drone field?

Maybe your problem is that you don’t have a unique, marketable skill.

There are thousands of drone operators out there, so how are you going to differentiate yourself and attract clients? Sure, you have knowledge about drones and the regulations around flying them, but do you have specialized drone skills?

If your answer is a reluctant “… no…”, don’t worry. We’ve got you covered.

Your dream of making money with your drone is not dead!

People are making money with drones, and you can, too!

You’ve probably heard the success stories of specialized drone operators making thousands of dollars a MONTH—we’ve heard them, too (check out our Drones to 1K podcast to hear stories of business owners that are thriving in the drone industry, making over $1,000 a month).

Maybe you’re wishing that you were at the same level as these people, turning a love for drones into a profitable source of revenue… but you’re feeling like you don’t have the knowledge and skills necessary to make that kind of money. Every day that goes by that you keep waiting around and wishing you had these specialized skills, you’re losing potential profit. Think about it this way: if you want to make $1,000/month conducting aerial roof inspections, but you’re currently just wishing you had the knowledge and skills to do so, you’re missing out on a potential $12,000/year. Think about all the money you’re losing!

Let us tell you a story about Sinuhe. He was feeling a bit like you are right now. He was a solar panel salesman. His job entailed going to potential customers’ homes, climbing up his ladder to inspect their roof, and giving them a quote for solar panel installations. He was working really hard to make sales and get clients, but he had dreams of doing more than just selling solar panels.

He heard about drones and how they were “the future,” so he decided to buy one. As he began to use his drone more and more, he soon realized that they could offer him a huge advantage in his job.

Paired with his knowledge and skills in the solar industry, he discovered that drones could help speed up the process of roof inspections, as well as make his job infinitely safer.

With a drone, Sinuhe was able to take aerial images of roofs, which allowed him to avoid going up on some roofs altogether. And because he was able to take images of the entire roof, he was also able to upsell his clients on things he would’ve never known they needed if he hadn’t been able to see the whole roof.

Not only was his job process safer and more efficient, but it also allowed him to make more money. Without the possibility of human errors (such as mismeasurements or just plain missing something), he was able to provide more accurate quotes. Not to mention, his customers were also very impressed with his innovative attitude.

Because he has such niche skills, Sinuhe has been able to move away from the door-to-door solar salesman industry and into being his own boss! He was able to take what he knew about solar and roofs and combine it with drones to build a money-making business. He is now a contractor, specializing in roof surveying and inspecting for realtors. Sinuhe was able to develop a successful and repeatable system that he can use every time he goes out to do a roof inspection.

At Drone Launch Academy, we see that the solar and roof inspection industries are growing rapidly:

The Solar Energy Industries Association and Wood Mackenzie forecast that in the next 5 years, the solar capacity in the U.S. will more than double. Check out their infographic below, which shows how solar installations have grown year to year.

One major factor that is pushing the growth of the solar industry is the Solar Investment Tax Credit (ITC)—a 30% tax credit incentive for home and business owners to install solar panels. Solar is also becoming more affordable: the price of solar installations is now over 70% less than it was 10 years ago.

According to Allied Market Research, the growth of the roofing industry is in response to:

Allied Market Research also reports that the roofing industry is expected to grow at a CAGR of 6.2% until 2022, when it will reach $101,483 million.

We feel that the use of drones is the best way to transform the roofing industry.

Drones won’t only help improve the safety of the industry, but they will also help make inspectors’ jobs easier. With a drone, you can take some photos, and be done. Without a drone, you may have to spend days inspecting large roofs. Drones will save you so much time and effort—they’ll spare you from having to climb up onto every. single. roof.

Not to mention, after taking this course, your newfound understanding of drone inspections could land you inspection jobs that pay an average (nationally) of $290-$350. So, booking just two drone roof inspection jobs as a result of this new knowledge could cover the cost of the course.

Remember Sinuhe? Well, Sinuhe and his partner, Riley, are the instructors for this course. They are roof inspection experts who decided to partner with us at DLA to create this course because they want to help others grow successful aerial inspection businesses. 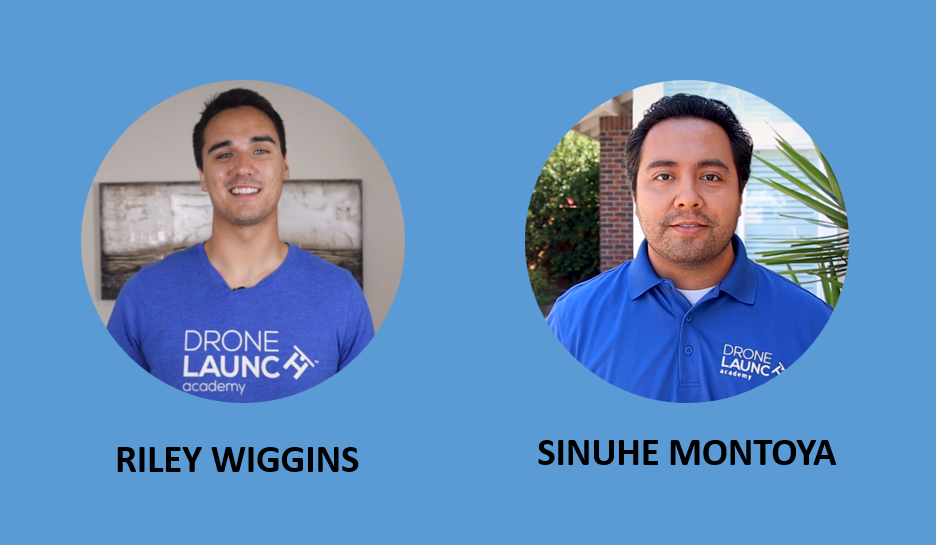 What can you expect from the course?

Alright, so this all sounds like a pretty promising business opportunity, right? We know you probably still have lots of questions:

Well, good news, this course will answer all of your questions about the entire process of inspecting a roof with your drone. Throughout the course, you will: 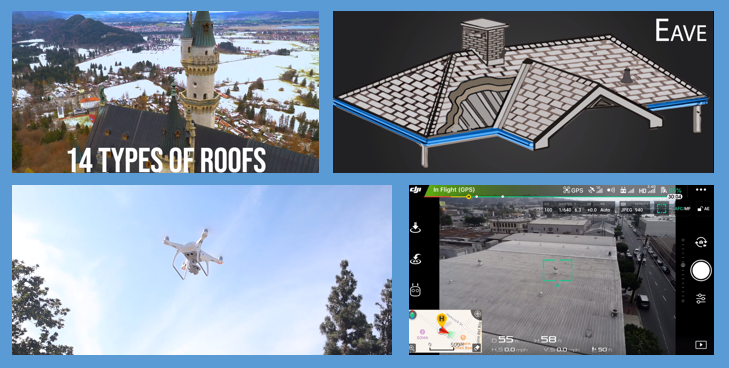 Hear what industry professionals have to say about this course

Still on the fence about whether this course will be worth it? If you don’t trust us quite yet, check out what other DLA students had to say about the course:

What else is included with this course?

This course also includes a printable workbook to take notes in, a printable set of step-by-step guidelines that you can take with you to a job site, and the opportunity for you to receive a CARSS Certification.

CARSS stands Certified Aerial Roof Survey Specialist designation. Once you’ve completed the course, you can submit a capstone project. Upon completion of your capstone project, you can apply for a CARSS Certificate, which will help you stand out and prove to future customers that you are an expert in the field. 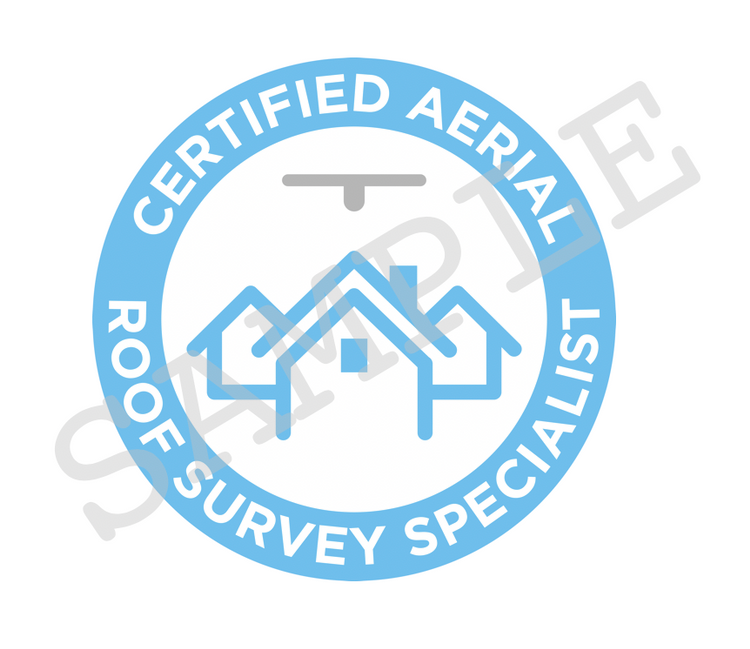 Are you ready to take your roof inspections to the next level with drones?

Ready to become knowledgeable about the use of drones for roof inspections and make more money?!

We’re ready, too. Join us for this interactive, information-packed course that will give you the expertise you need to grow your roof inspection business (and profits) with drones!