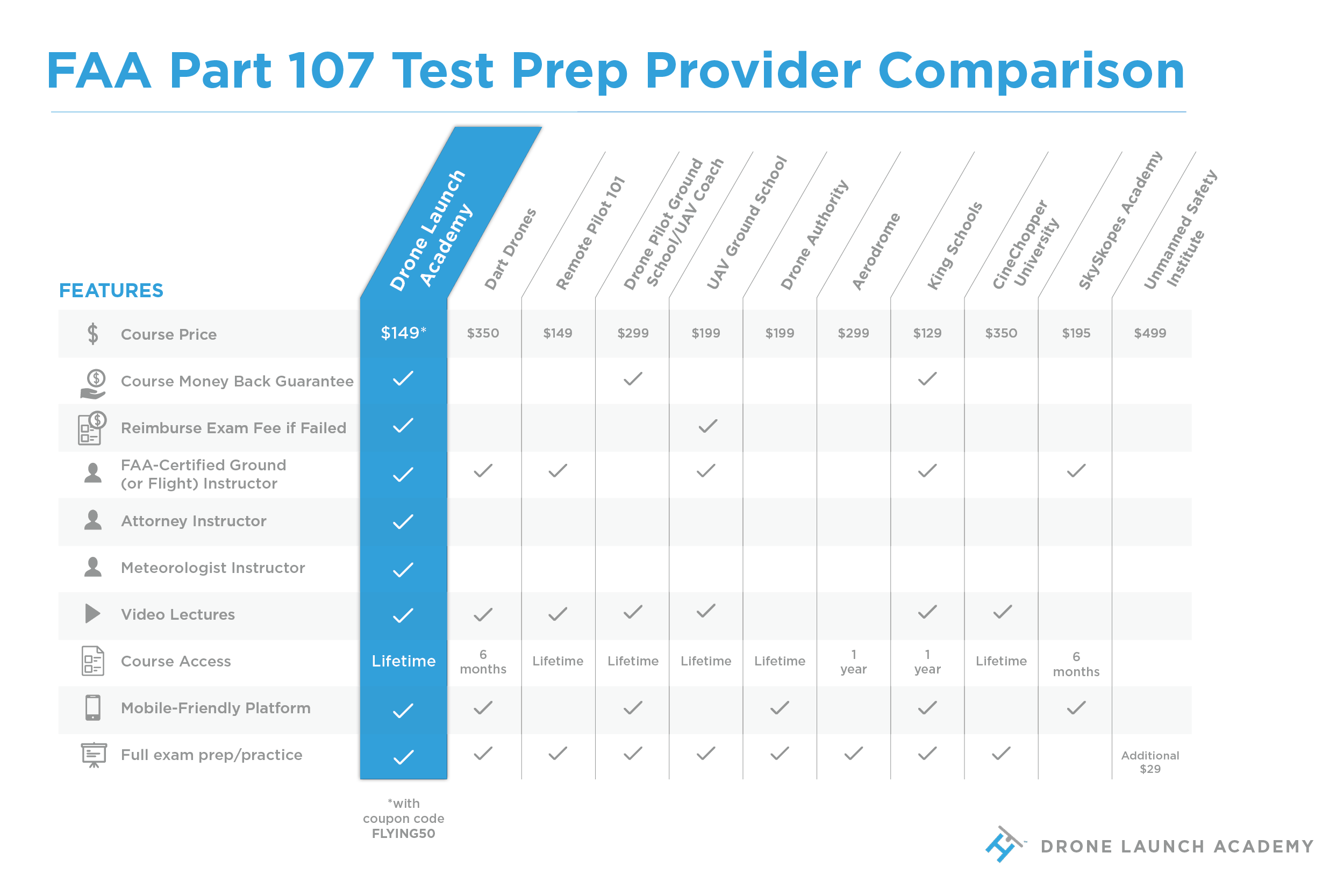 In the unfortunate event that you do fail your Unmanned Aircraft knowledge exam, please complete the refund form at dronelaunchacademy.com/107refund to receive your course refund and your exam registration fee credit.

You need to submit your refund request within 90 days of taking your Unmanned Aircraft knowledge exam.