What if I'm using a Mac?

Read the written section, it has updates from October 2019

I LOVE Macs, they are so much fun to work with if you have a billion dollars.

When shopping checkout as a Student with the link at the bottom of the page on Apple's site and you'll save like 10% right away.

If you are the person who hates dealing with PC issues like weird crashes, viruses, lagging issues and whatnot, a Mac would be great for you because they are just smooth, stable machines. Problem is you are paying about 2x as much for comparable computing power to a Windows Machine. Upside is that I am using a late 2013 Macbook Pro to type this in 2019 so they will run forever, are built very solid so even a used one can still run fine. They have great resale value because of this, where Windows laptops definitely don't.

You can't upgrade most parts in a Mac aside from Ram, so you'll basically be stuck with whatever you buy. 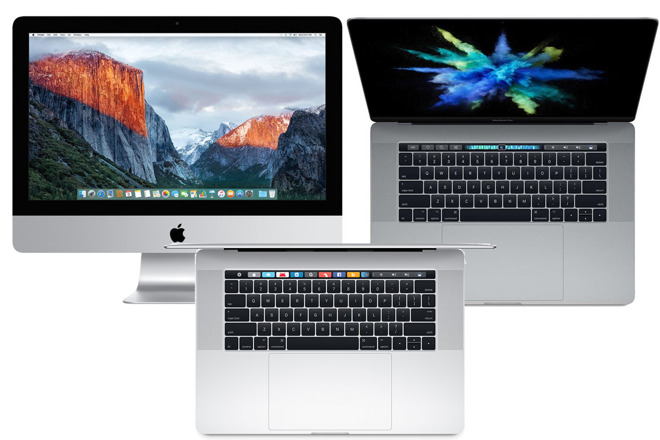 For a Mac Pro, iMac or full sized one, follow the same guide as the PC chapter for shopping for parts and specs.

I care more about the laptops because I only like using a Macbook for laptops, but a PC for full-sized Desktop since I'm always upgrading parts on my PC.

Going back to our priorities, your biggest focus is two things with a laptop:

Processor and RAM. That's because you can't upgrade these as easily as with a PC.

So commit to 16GB out the gate, that's kind of a must have and it'll help you juggle between 4k files when previewing and moving them around while editing much faster.

Processor - Get an i7. Even if you made $10/hour its worth it in the hours you'll save.

They all have SSD storage now, which is much faster than traditional HDD (the big metal drives) so the hard drive you don't have to sweat over as far as its speed. For size, you can just get a 2 Terabyte USB 3.0 external later for like $60 on Amazon. That's if you need more storage, and 2TB is 2,000 GB. 4K footage is huge so that will probably be very important to have that external to store footage on. I film a LOT and have 4TB of 4k footage over like 3 years to give you perspective.

So when shopping for storage on the Macbook you'll see the option to pay like $400 more and get a 1TB (terabyte) SSD, don't worry about it. I only have 256GB SSD in my Macbook Pro.

It doesn't matter what it says, or what number is next to it, they'll basically be the same. It just means that the graphics will be using a graphics card and NOT the i7 processor for graphics too. If you see 'intel iris pro graphics' that's the processor, we only want the processor to worry about thinking, not graphics too, so AVOID THAT.

Long story short, here's my recommendation currently in the store:

You can find good deals on Facebook Marketplace, craigslist sometimes. Macs are just expensive in general, even used.

Following these specs I listed way above, adjusting to your budget just means moving back a year or two to an older version, but all macs are phenomenal machines and run forever.

If I have to edit on a laptop I only want to use a Macbook Pro. It's the best performance I've ever gotten out of a laptop and they are built solid. I've also been hired to edit on location during a shoot because I've had a Macbook to work from.