Sadly, this is an important area so you may have to spend some money. However, that's only if you have a really old computer, like more than 6 years old. Besides, spending the $400 for something prebuilt will save you hours of slow work down the line, so it'll actually cost you less (theoretically)

If you are concerned about a slow/old PC with 4K footage specifically, not to worry. I have some very valuable tricks to fix this issue in the PROXIES section. It sounds scary but is actually easy and will save you tons of time.

So work with what you have available as far as Computer goes, BUT you will save yourself a lifetime of pain if you have something with these specifications:

If you don't know what your computer is built with, open up windows explorer. You can see how many hard drives you have and how much room remains. 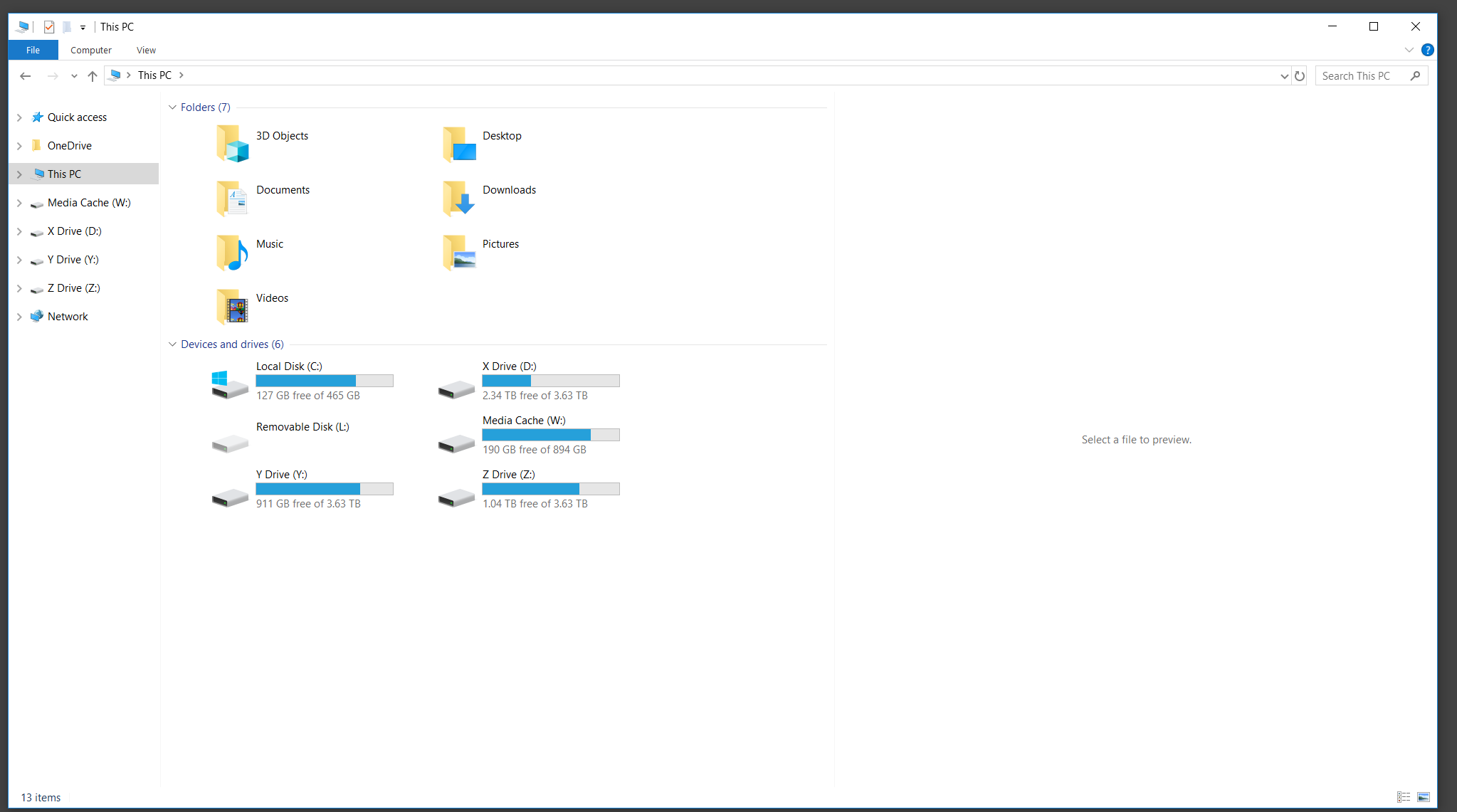 Right-click on the "This PC" tab on the left. Click on Properties. It should open up your windows hardware in a new window. 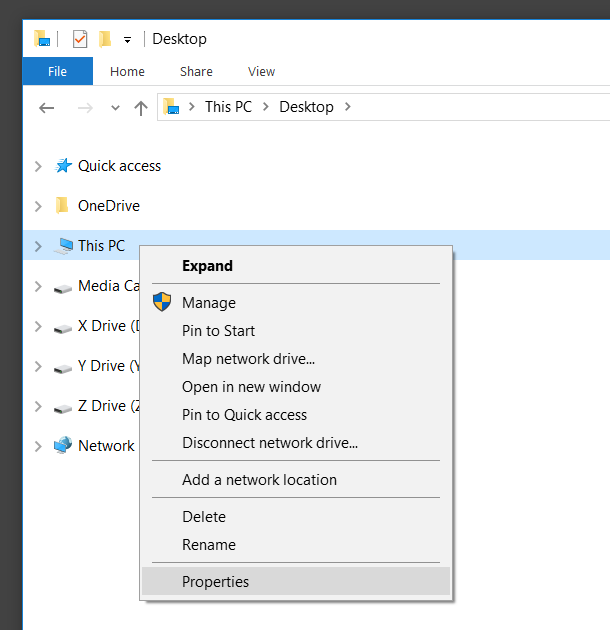 If you're not sure what the Processor mumbo-jumbo means, just go to
https://www.cpubenchmark.net/high_end_cpus.html
And press Cnrl + F. Type in the name of your processor and you will see how it stacks up amongst all the rest. Anything over a score of 10,000 is honestly good enough.

My processor (i7 4800k) is a few years old and still does phenomenal.

(SSD) are at least 4-5 times faster than standard Hard Drives. It's like using a memory card to play music instead of a giant CD, which has to spin and click and get up to speed. 4K Files are enormous so having a fast hard drive makes it much easier for the computer to deal with tons of files in one composition. This isn't a NEED but it certainly helps.

You might run out of space quickly. I have a USB 3.0 External Drive to put files on because it reads at over 100mb/s and I can move it back and forth between computers. You also don't have to open your PC up to install anything if you're scared of that. Just make sure your computer has a USB 3.0 port. It'll have blue plastic or a little SS symbol like this: 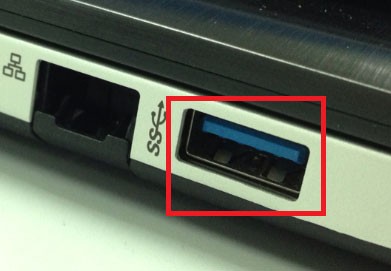 If you HATE computers, you could always just get one prebuilt that has some recent specs.

And incase the link goes dead, here's a search on Amazon. You'll get about the same performance for $400 so aim for an i7 3770 or higher.

In the $900 range you have this killer option. If my computer exploded tomorrow, I would replace it immediately with this one, just for ease of not having to rebuild:

I would only use a laptop if I had no other choice or I was traveling. It's just easier to use a PC and even though the specs are similar, its a smaller design that is crammed together so they heat dissipation isn't as good and the system usually works harder to make it possible to work and not to make it work as hard and heavy as it should.

Life will be 1000x easier with a desktop, but here is a good option for a laptop IF you don't want to pay for a Macbook Pro.

Do I Need a 4K Monitor? Well, the answer is sort of complicated:

4K Monitors these days are sometimes good and sometimes bologna. I have a curved 4k monitor and yeah its really cool, yeah you can see tons of detail and the difference in quality between 4k and 1440p and 1080p... but it isn't the end of the world. It's a really really nice-to-have... but not a CRAZY need that will put you out of work. I will say you should only use a 1080p monitor if its all you have. It does make life easier having a bigger monitor, but you also won't see the difference in 4k filming on a 1080p monitor.

You could also try this option, its $200 for a 27 inch 4k montior that has DisplayPort and HDMI (so either can connect to your computer, depending on what your computer has, but hdmi usually doesn't do 4K as well as DisplayPort)

In most of the course you see me using a 1440p monitor which I had for years, it was a great monitor, huge too. 32 inches. 27 inches or bigger is my preference, just makes life easier.

I don't fiddle with multiple monitors, you'll learn it is just to look cool since the advantage Isn't having multiple, its just having more room. That's why I have one big one because I don't have to drag things back and forth and get them stuck half way between windows.

Definitely do NOT use a TV. A TV is for sitting and looking at far away and doesn't have to be responsive to your mouse movements. Sometimes there is a 1/2 second annoying lag, but you will also get a headache trying to focus on that screen. A monitor lays the color over for close range viewing, its sharper and is for looking at a few feet away for hours.

I build PCs. I built my own PC. 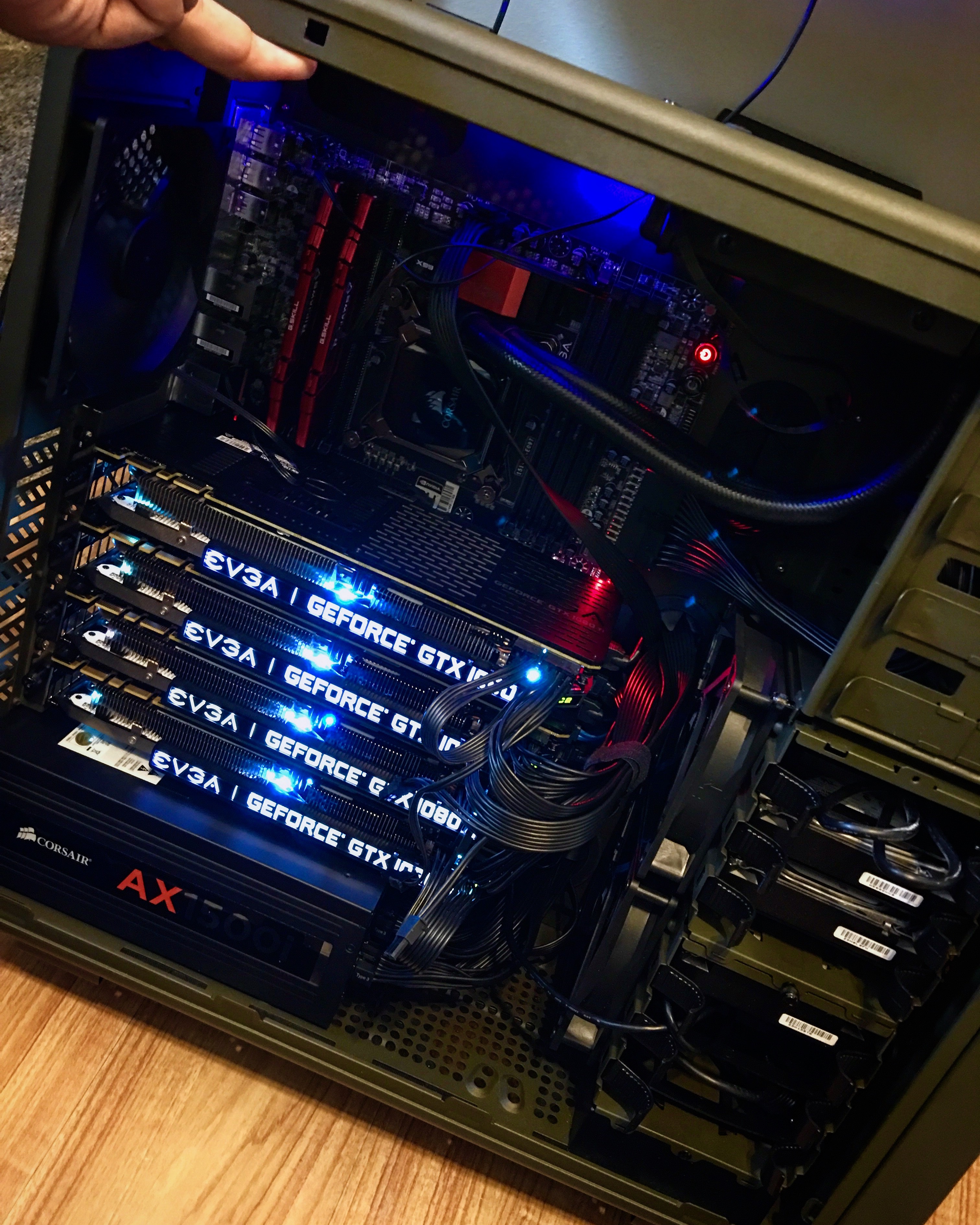 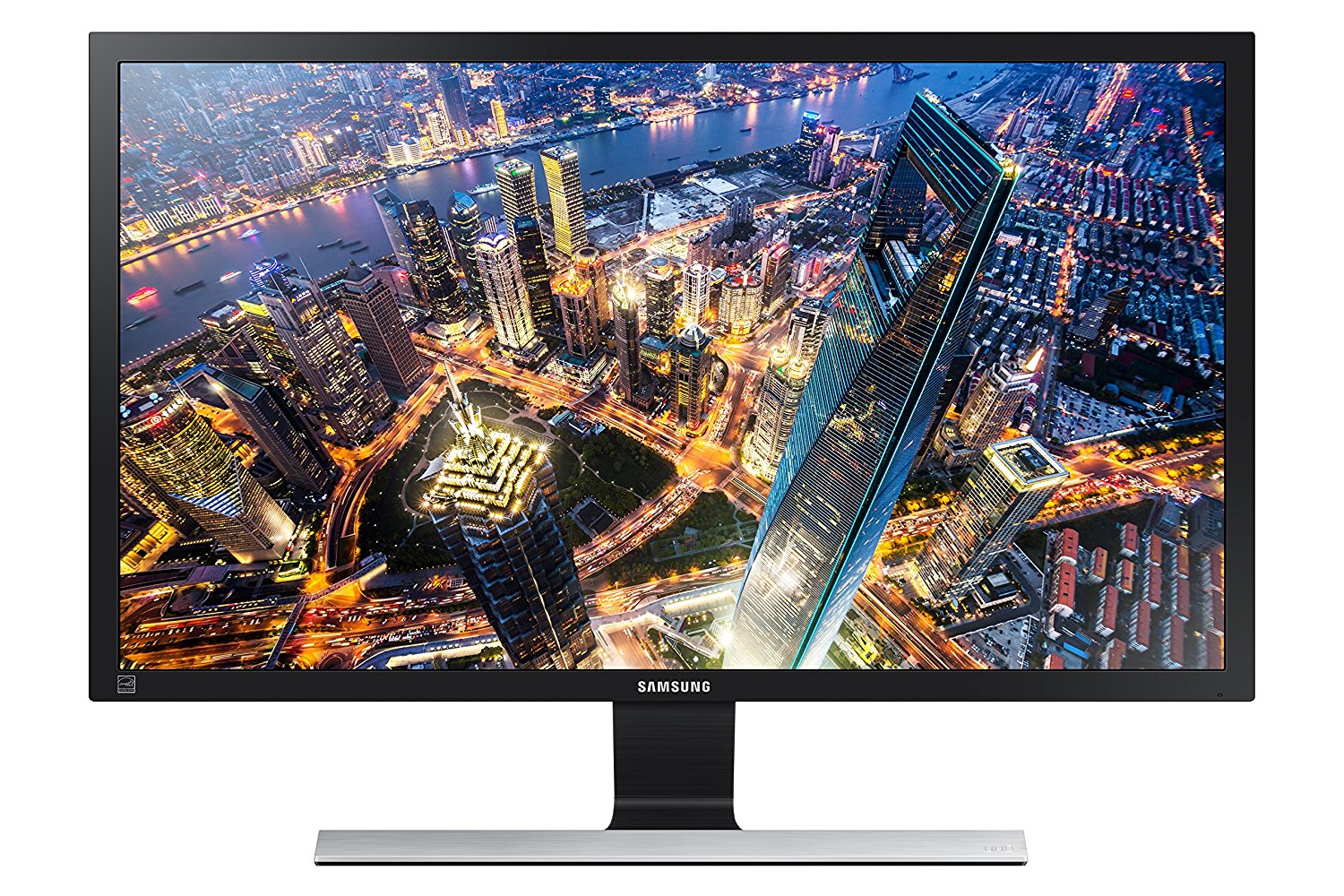