Organizing Multiple Videos on the Timeline Quickly to Prepare our Edit

First, double-click in the project panel (or File > Import) so we can import the rest of our footage to work with. Just highlight it all with a mouse drag, then click import.

4k footage is BIG so don't stress while it imports all this footage. 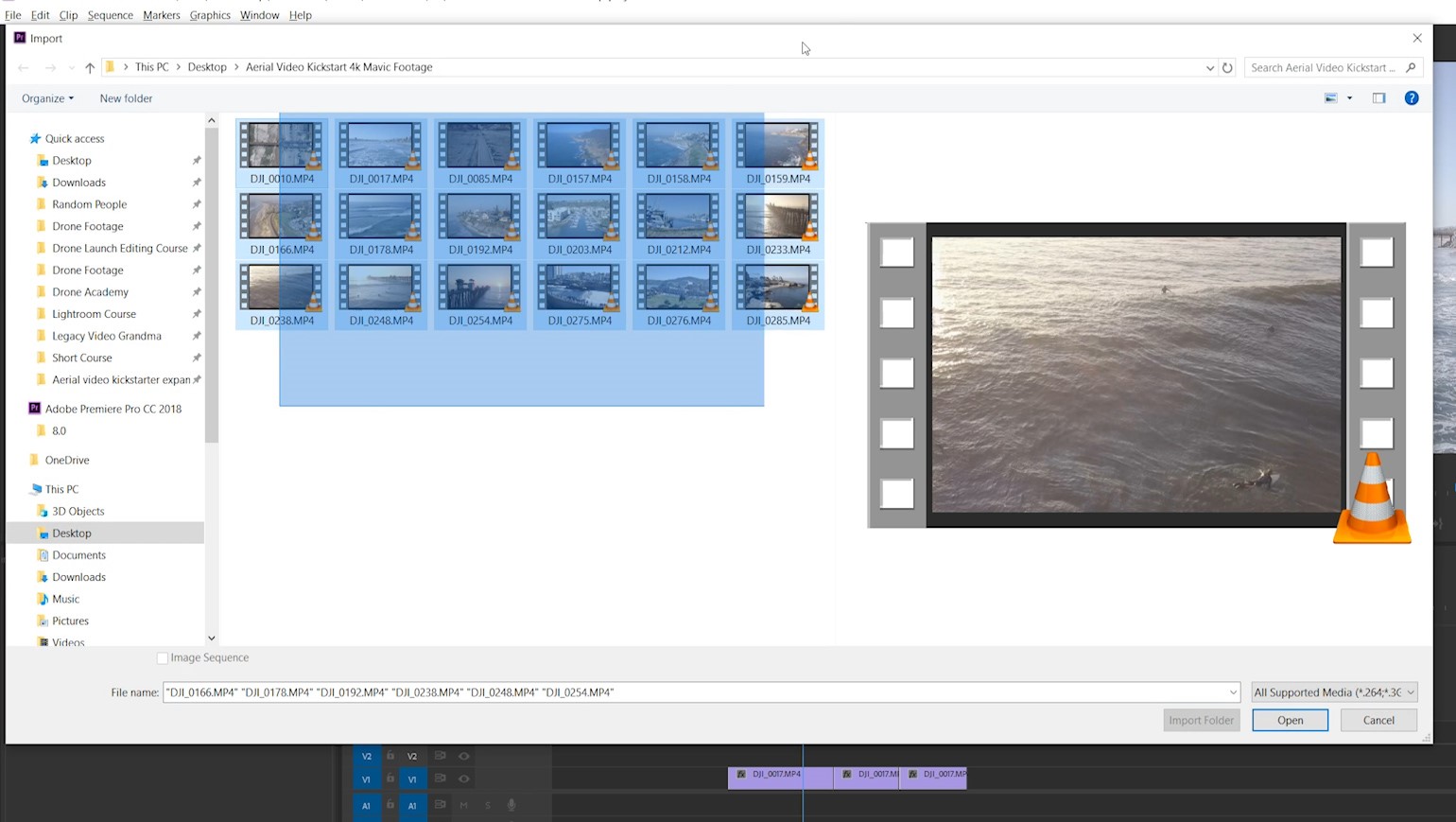 All the footage you just imported will be highlighted, so while it is sitting there in the project panel glowing, just click on it and drag it onto the timeline to the right of your first 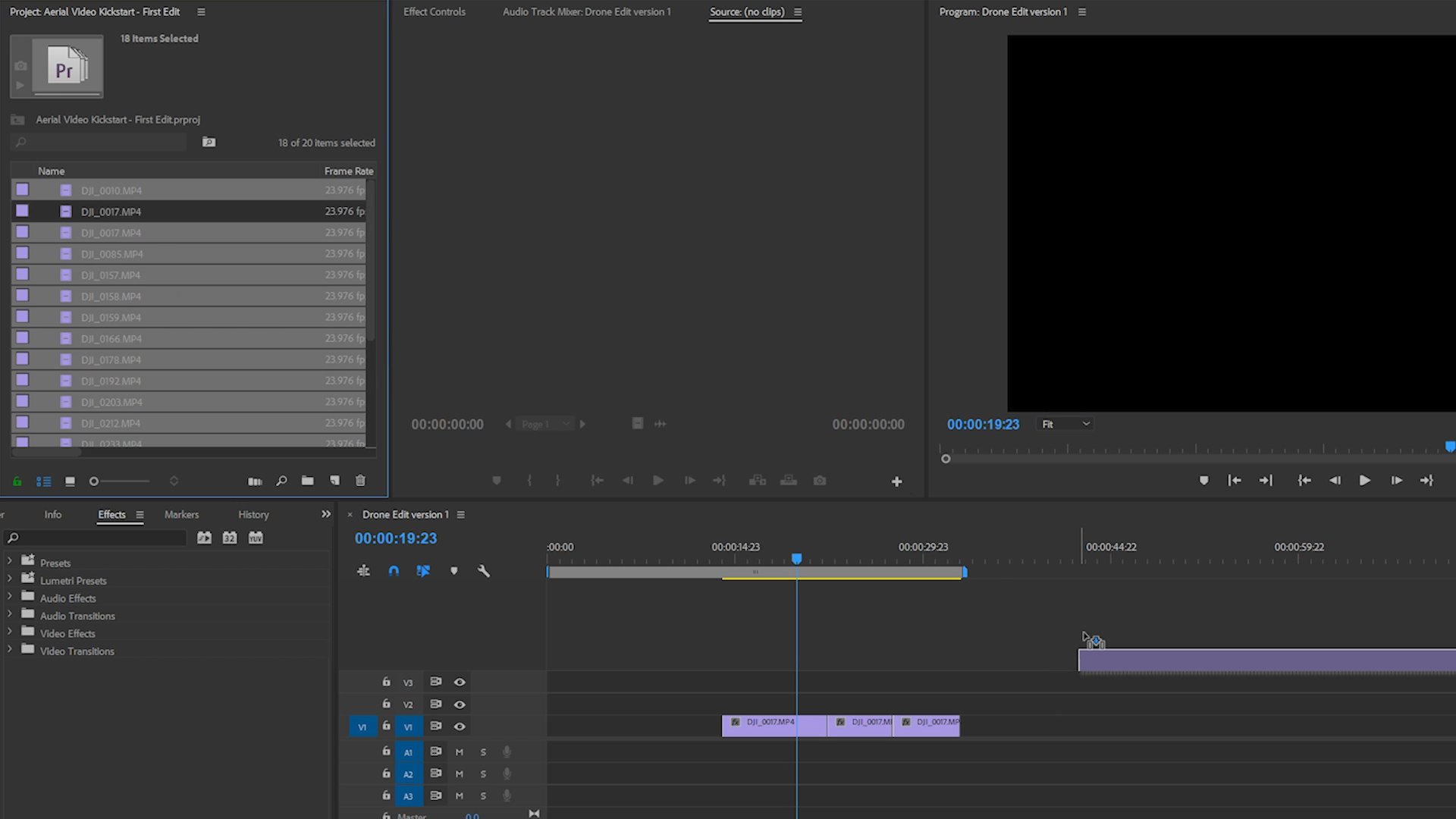 But since we just imported all the footage, and we had one of those on the timeline already... 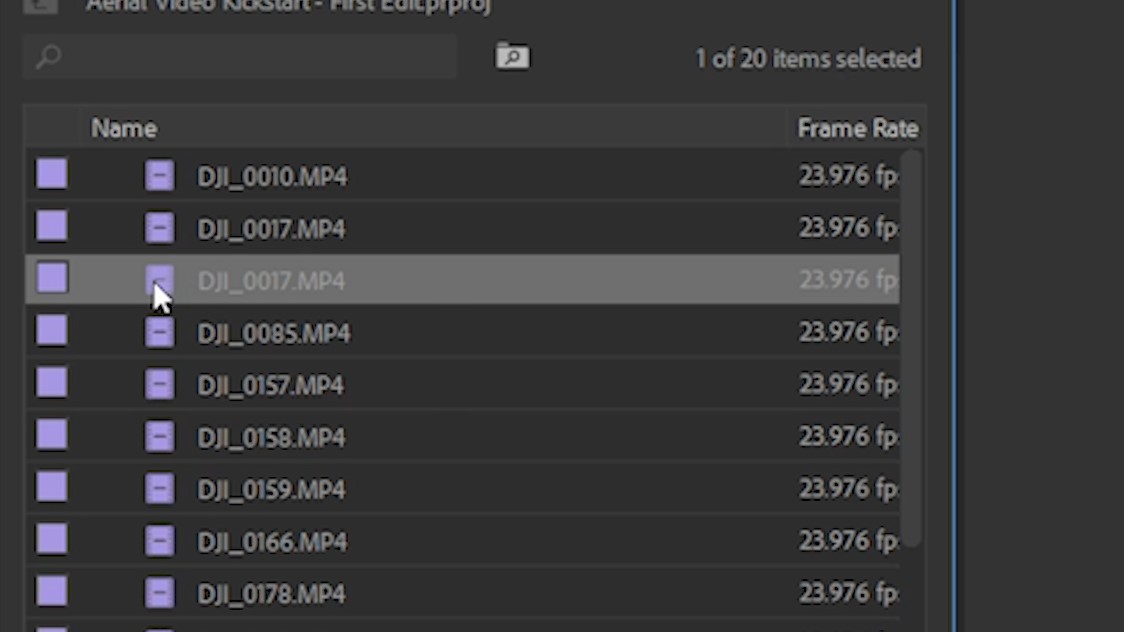 WAIT - WE HAVE A DUPLICATE!

Premiere does this really cool thing where if you have a file in the Project panel that you try to delete (if you choose the wrong one) it will give you a heads up and ask if you're sure you want to delete it because this footage is on the timeline being used in your masterpiece. 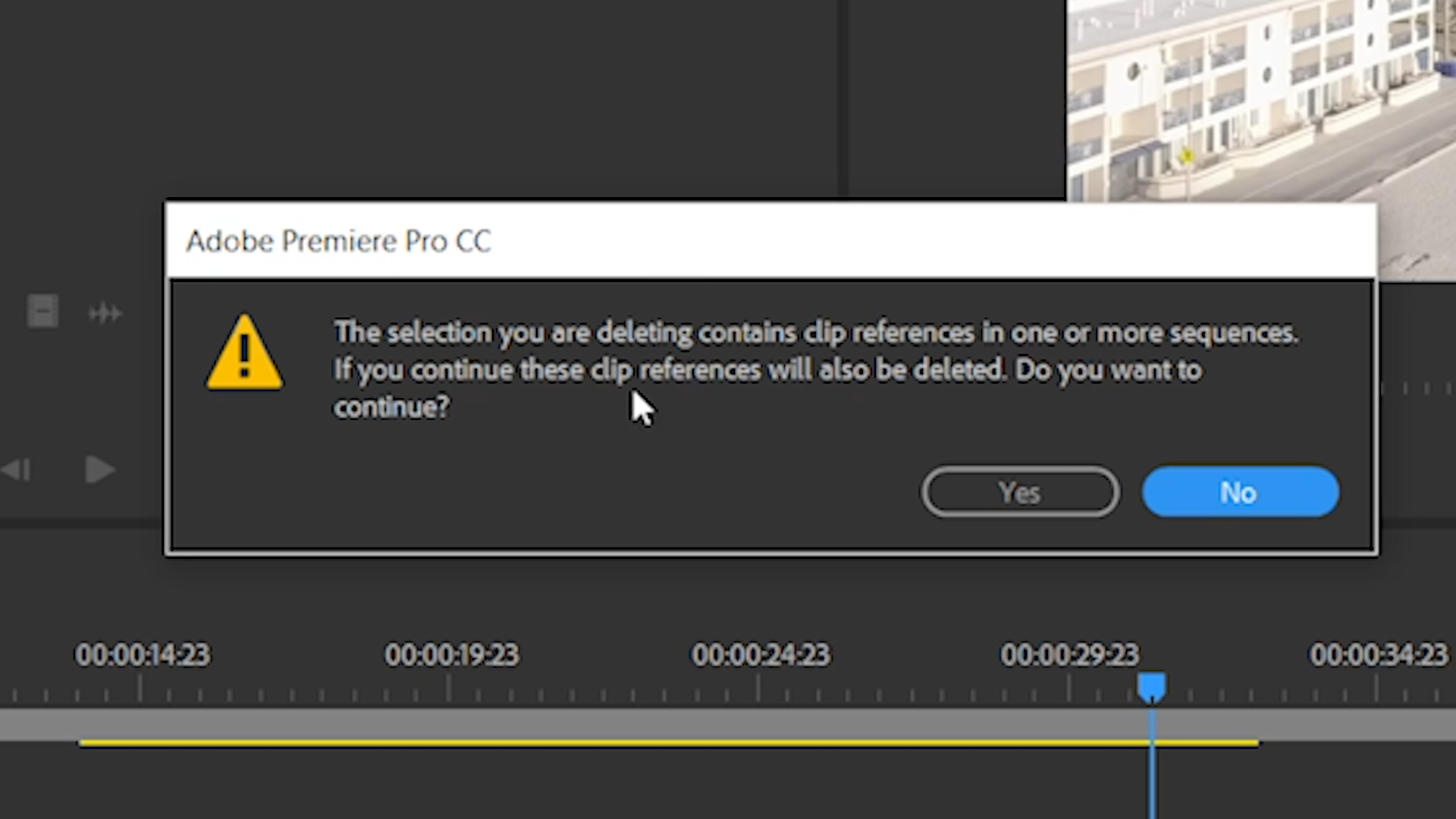 So choose either one because they are both on the timeline and it doesn't matter which, just delete the bonus footage.

NOW. I have a far-east secret to share with you that has been passed down from generation to generation in my family... It is called Staying Organized.

The next thing we need to do in this project is make sure we know what is going on with our materials. We need to create BINS to put all our footage in, and LABEL THOSE BINS so we don't get confused.

Click the little folder at the bottom of the project panel. Click on the Bin's name once to rename it to "Footage."

Now highlight all our shots and drag/drop them into the bin. Congratulations you are less messy than me when I first started. 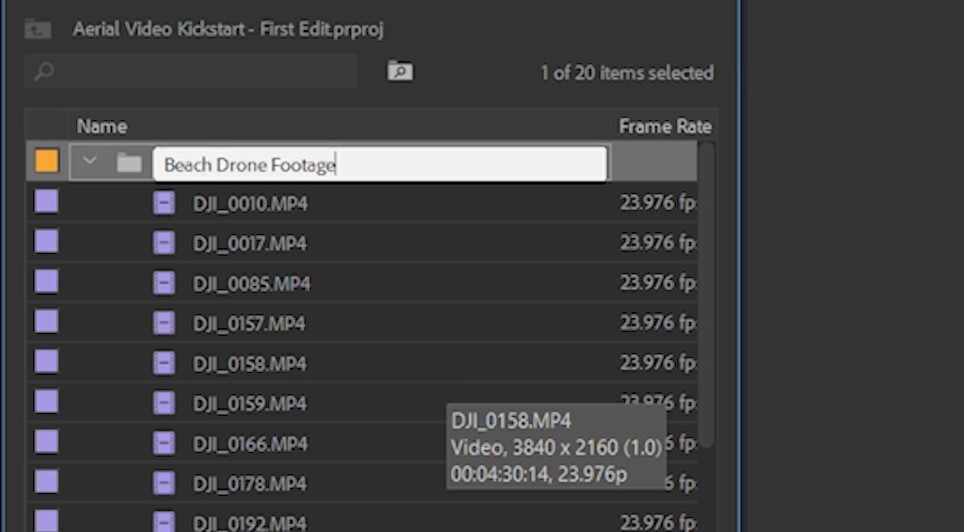 We can click on the whole folder that contains our footage and drop it all onto the timeline, this works in this case since all the shots are short.

What if we had one REALLY long piece of footage that we only wanted a small piece from? It wouldn't be worth throwing a two-hour clip onto the timeline if we only wanted a few seconds of it.

This is the second way to add footage onto the timeline:

NOW let's go through all our lovely footage... 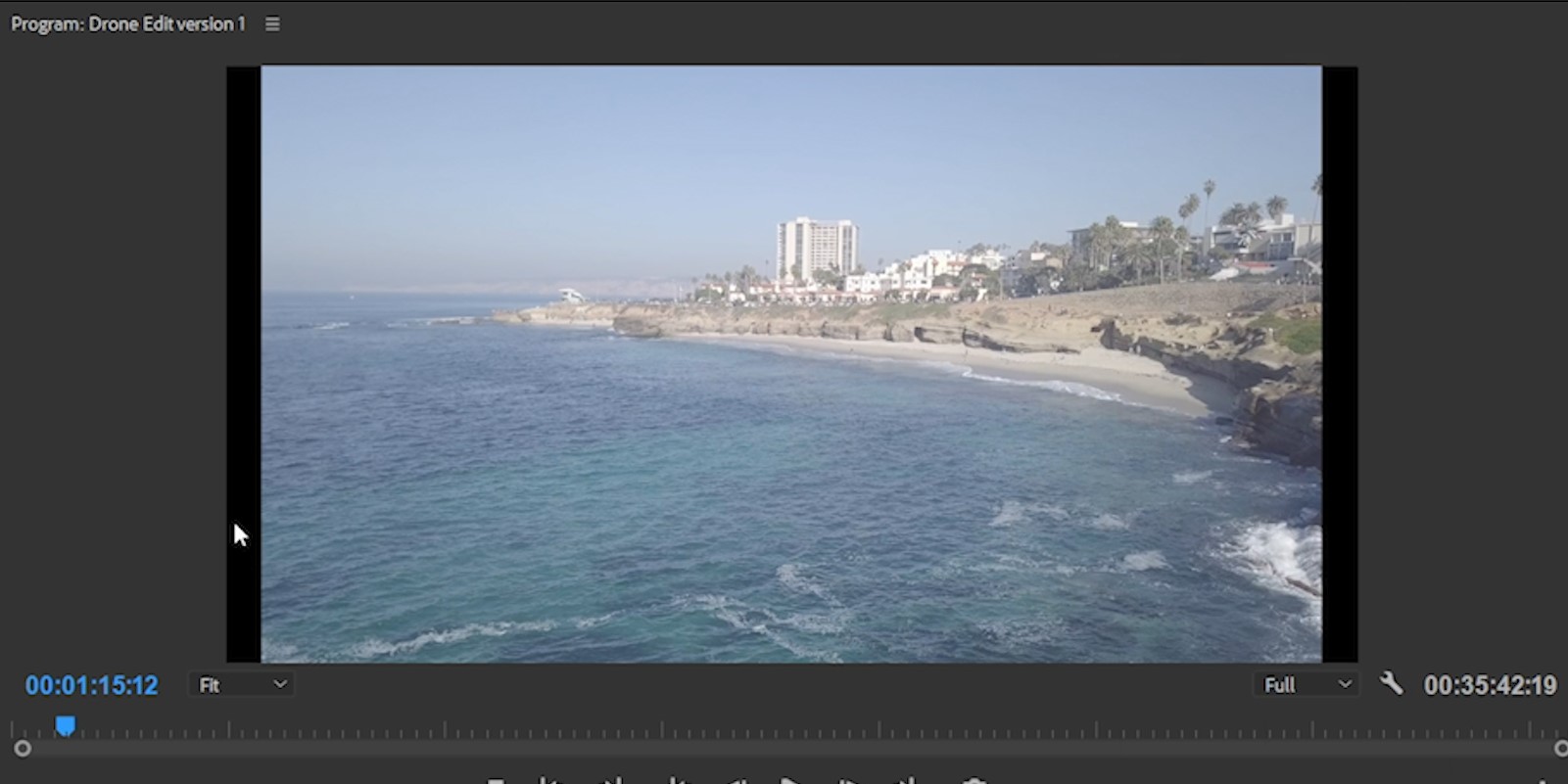 But AH! What is this black box that's on the edge of everything we shot? This is my first

Remember way earlier, the first piece of footage we imported and dropped onto the note to create our timeline? This footage was shot in 4096 x 2160. This is called Cinema 4k. The REST of our footage is mostly shot in 3840 x 2160 - which is letterbox and fits your HDTV and is referred to as Ultra HD - "UHD4K." 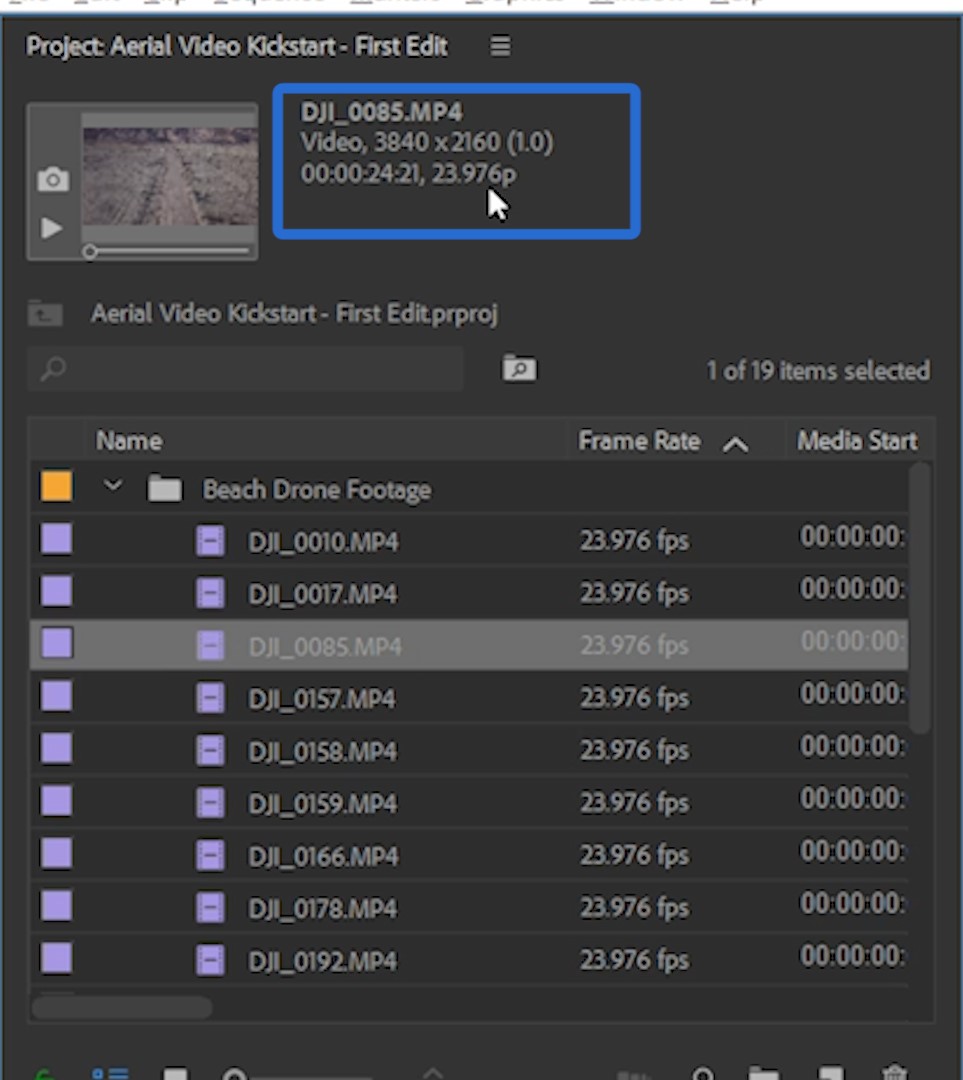 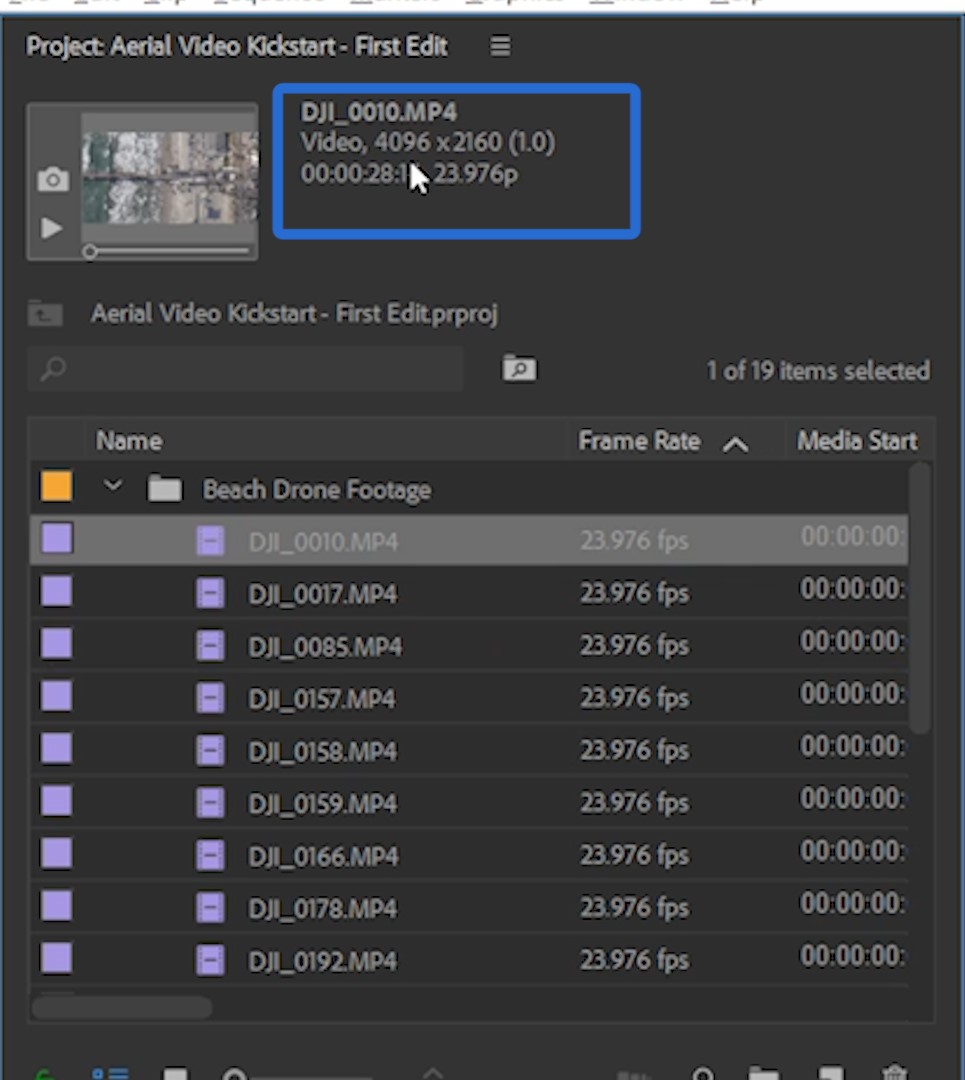 It's a small and teenie difference, but it makes enough for you to notice the black lines on the edge of the footage.

How do we fix this? Is it to late for our careers?

Non-Sense. All we have to do is LITERALLY DELETE EVERYTHING. Actually, just the Sequence.

Everything is fixed now! 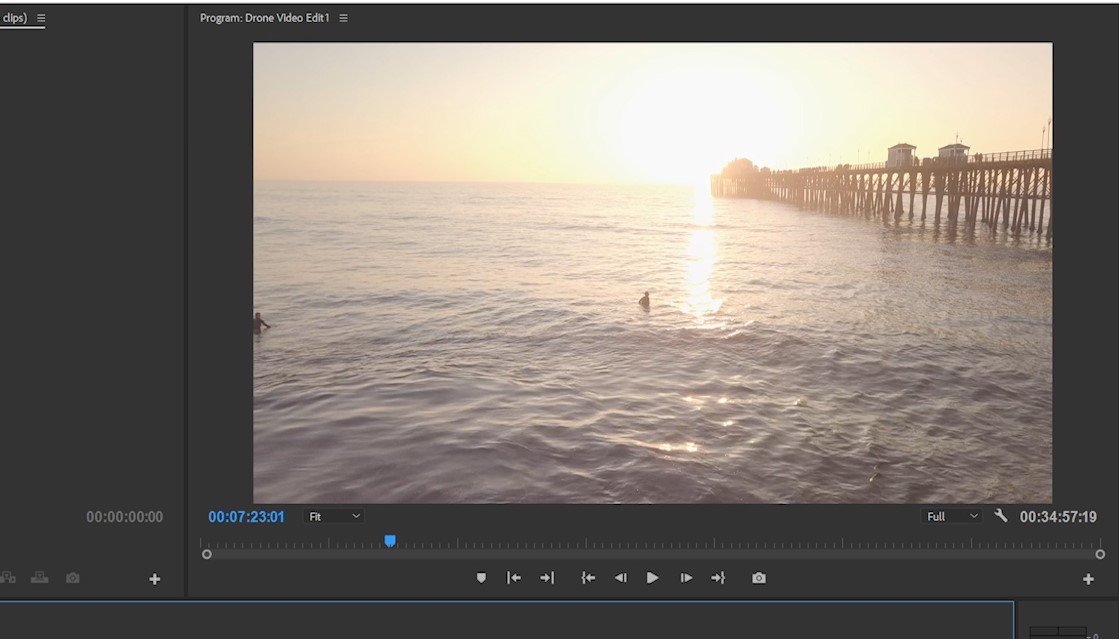 You'll notice the C4K files (4096 x 2160) are widescreen now and have black edges. This is understood in the film community as you having shot the footage with Cinematic settings and not wanting to scale it to fit the box. Nobody will complain about this, sometimes it looks nicer. If you don't like the way it looks, we will apply a fix for it way later on in the course so hang tight.

I'm sure you notice by now that as you go through this 4K footage, your computer is choking or having a hard time playing it all instantly. NEXT TIME We're going to add some lightspeed to our system with PROXIES. 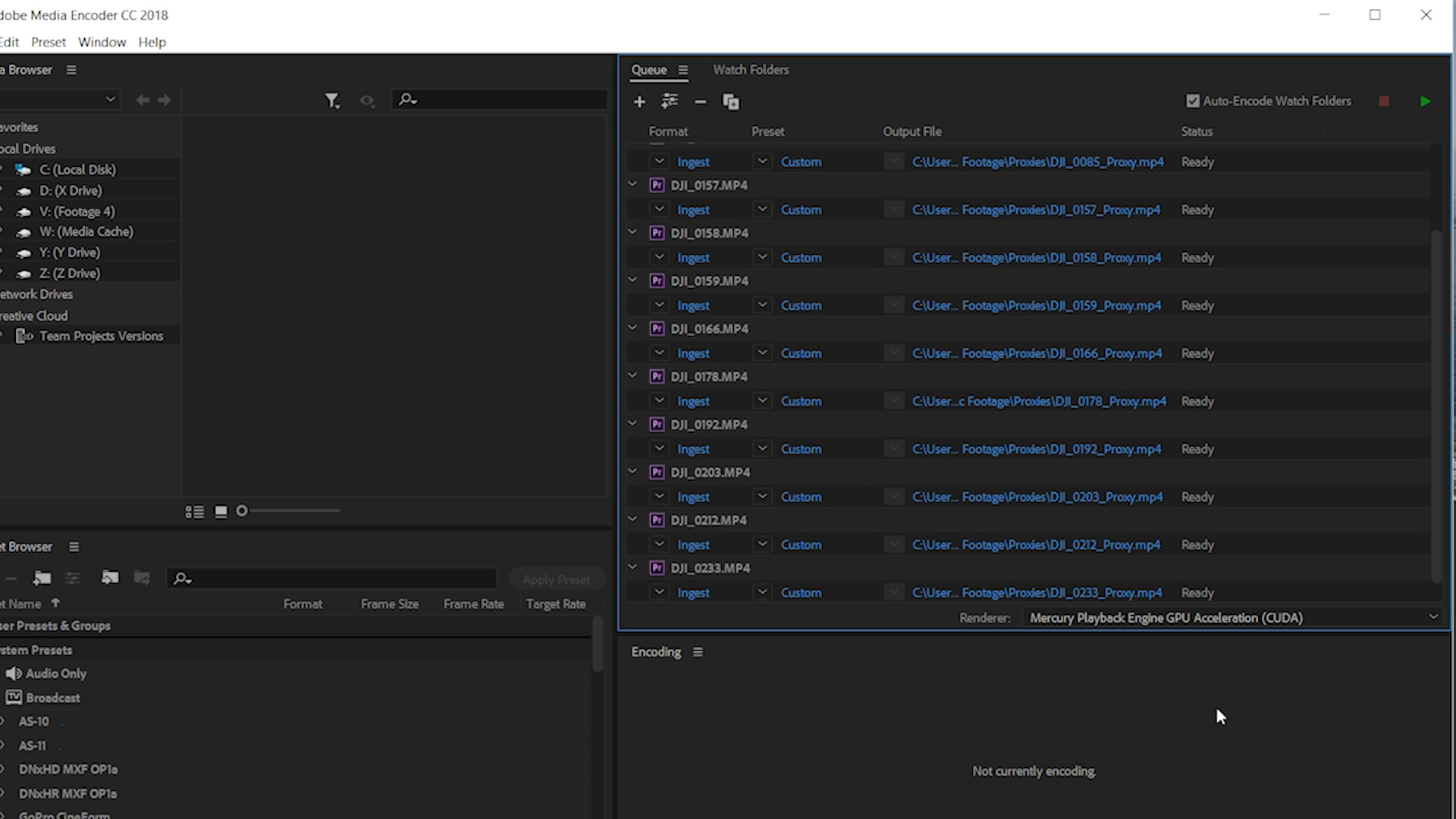